Head Down in Battle

Friends, I’ve been quiet here for some time now, mainly because I’ve bee really busy and have been doing most updates via my Facebook author page. If you haven’t been there and graced it with a ‘Like,’ now’s a good time for that. 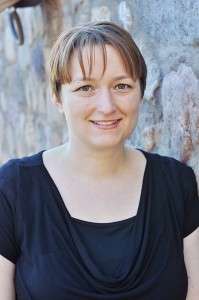 Resistance has been rearing its malicious head a lot lately– and I’ll comment more on that in a later post– but I’ve been fighting as much as I can. I’ve been struggling with my first real bout of fairly debilitating depression– but I’ve come out the other end. I think I might have a bit of the clinical stuff– but it’s not too bad. That said, combine what I do have with exhaustion, frustration at the day job, and the hardest fight I’ve ever had to regain my health and I’ve been in a difficult funk for some time. Luckily, I have this delightful lady by my side and she’s just the best.

Fortunately, I’ve been able to plug away at stuff and I have a few things to report on.

First off, I’m doing a reading, chat, and signing of Beat on June 15th at University Bookstore in the University District in Seattle. Here’s the event page. Come on out!

It’s okay if you can’t make it to that one, by the way, because I’m doing another at Third Place books in July. Still finalizing that one, so I’ll post details about that in a bit.

Also, my publisher, Future House, is doing a cool Kickstarter campaign to get print copies out of a slick anthology with six great scifi stories. See that here. We have ten days and are at almost 50%. We’re behind a bit, so any help such as pledging or sharing would be really appreciated.

Next up, I’m about to put my new novel, The Seer, up in Kindle Scout. For that to work out, I’ll need your vote starting in about two weeks. I’ll put all the details of how that works in that post in ten days or so. Here’s the cover though, done by the excellent Carter Reid of the Zombie Nation webcomic. 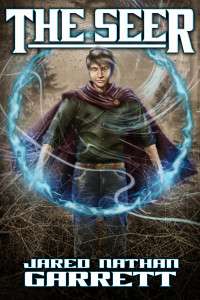 The Seer is my entry into Daron Fraley’s awesome Thirty-Six multi-author series. In short, mine follows Nathan Eckhoff as he uses powers given him by the ancient cloak of Joseph to race around the world and stop a cursed terrorist from murdering thousands.

I’ve put two chapters of The Seer up on Wattpad. Go catch a sneak peek!

So in addition to the signings and getting The Seer ready for Kindle Scout, I’ve just re-commenced, after a 2-year hiatus, my search for an agent. I’m sending around excerpts of my newest project, Showdown at Serpent Ridge, which I will say nothing about other than it is freaking awesome and everyone’s going to love it. It will change your life. Seriously.

I also wanted to make a quick report on 2016’s LDS Storymakers, which is the last Storymakers I’ll be attending, unless I wind up presenting or teaching there. It was really lovely and full of encounters with truly beautiful people. I had committed to myself that I would fight my anti-social tendencies (I’m not making that up to be cool, I really do actively keep myself away from social situations. Mainly because I have plans. Plans to be alone and do my own things.). My commitment went well. I met loads of people I hadn’t met before and they’re just the best. I had two authors I respect a lot, Josi Kilpack and Jennifer Lunt Moore, actually reach out to tell me they read and loved Beyond the Cabin. That was humbling and just so great. I even sold more than one book at the mass signing. (I sold six.)

Here’s a quick plug for Brandon Sanderson, AKA the busiest writer on the planet. He was at the mass signing (had the biggest line of course) as well as gave the big lunch keynote. Which was fabulous and about balance. And he for sure needed to get out of the signing so he could get back to his family or one of his countless projects, but he meandered through the emptying room to talk to writers like me who look up to him a lot. He’s a good guy and is best friends with a friend of mine, so I wasn’t surprised. But I was impressed that he was able to show sincere interest in a bunch of other writers and their work- even though I’m sure he’s completely swamped with his own stuff. It was a generous thing to do and he didn’t have to do it.

One final thing, and this is a long way out: I’m presenting at the Kanab Writer’s Conference in October. I’ll be leading a workshop on the anatomy of action scenes and will present about working for dreams. Kanab is where I went to my one year of public high school and it’s also where I found my faith for the first time. I’m excited to go back.

I’ve learned a lot about myself this past year. Especially in the past month. Mostly, I’ve learned that my fundamental passion is storytelling. This isn’t news, really, but it’s important to me that I acknowledge it. Telling stories, both by writing books and in my day job as a training guru, is where it’s at for me. That’s what I need to hold fast to. That’s what I need to fight for. That’s the doctrine I need to dive into and preach in my professional life.

Thanks for taking this journey with me. Now go read.

Head Down in Battle